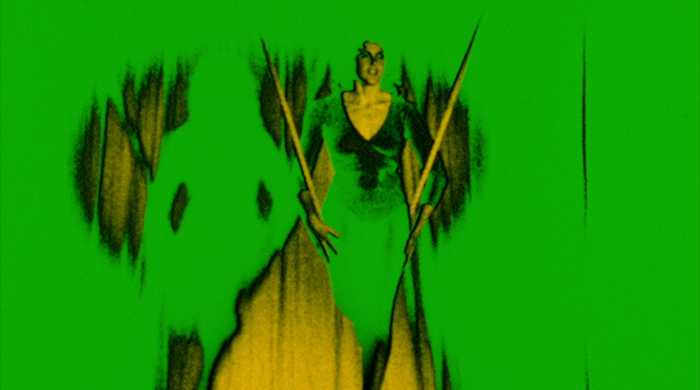 A space-inbetween: A is for Avant-Garde, Z is for Zero: Laura Mulvey & Peter Wollen

This review was originally posted on A-N Magazine’s review page but as a protest against A-N Magazine’s uncritical coverage of the Murdoch-funded Freelands Foundation I took the review down, further I have removed all my reviews from A-N until an open and honest discussion on the motivations and objectives, as well as a spotlight on the source of Freelands’ finances, takes place. The right-wing methodologies displayed in the behaviours of the Freelands Foundation (and where it gets its money from) and the arts organizations supported by it are not things I aspire to. Artists have choices, the Freelands Foundation does not offer choice, it offers complicity. These views are my own and should not imply anything other than that. It should be noted that A-N have subsequently deleted the posts and closed my account with them, refunding me the £38 per annum it costs to be a member.

Suggested further reading, a report from the United Nations

Thank you to Peter Amoore and Sophia Hao 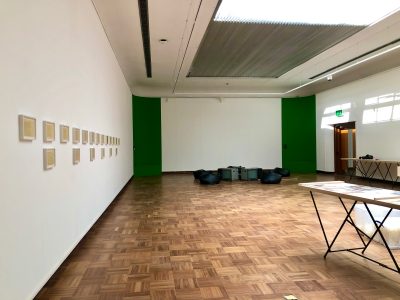 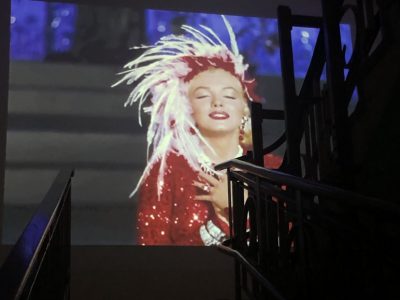 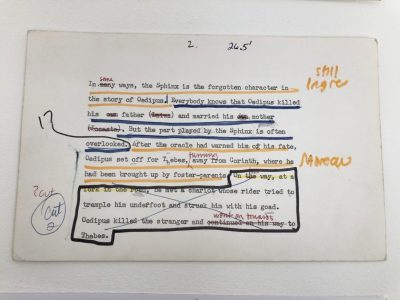 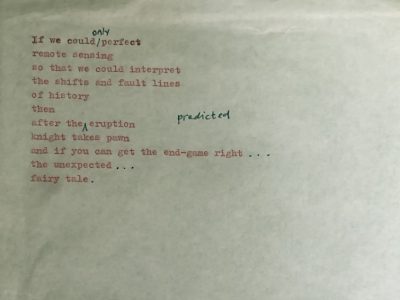 A is for Avant-Garde, Z is for Zero: Laura Mulvey and Peter Wollen, an exhibition currently in stasis, interrupted by the complex crisis of a global pandemic, is a retrospective project that uses ‘the gallery space as a means to refract the work of influential theorists and filmmakers Laura Mulvey and Peter Wollen through the prism of art’. This mechanism of refraction has now been adapted for the internet and the web browser and therefore is exposed to interruption and distraction, is immersed again in areas of fascination and pleasure, and falls victim to the internet’s world of (in)attention, bound to the individual and fragmentation. All the while it is touched in this (liminal) moment of extreme and contradictory events by a collective experience of anxiety and fortitude so tangible it could be understood to be a physical entity.

The exhibition’s abrupt fissure, its lost continuity, is reimagined through A Space In-Between, a web page described as a detour which takes the form of a cluster of readings, audio recordings and film and video clips alongside invitations to participate in online experimental writing workshops including Signs Riddles Meanings 1 that observes on film as an instrument of poetry.

This excursion navigates its own distinct path to describe a silhouette around absent exhibition, through materials evidencing the interconnected fields of experimental, avant-garde, counterculture film histories, feminism, gender and cultural studies. It shines a very specific light on the symbiotic, ‘strange and persistent’ relationship between Hollywood Cinema (Mulvey paying close attention to Josef von Sternberg and Alfred Hitchcock – Rear Window (1954) and Vertigo (1958) for example and the perfect, choreographed gesturally symbolic body of Marilyn Monroe from Gentlemen Prefer Blondes (1953) ) and feminist and psychoanalytical theory. At the same time observing on the complex breaks and connections between avant-garde film history’s past and present and between the feminist analogue and digital methods of its distribution. Referring to the Zero of the exhibition’s title perhaps. For example:

‘A point of fissure between its celluloid-based, mechanical technology prevalent throughout most of the twentieth century and its recent, complex relation with new electronic and digital technologies.’ Looking at the Past from the Present: Rethinking Feminist Film Theory of the 1970s, Laura Mulvey, Signs, 2004

’In some sense, as time and space are “conjured up” digitally, so is an increasingly dematerialized femininity’, Laura Mulvey, Changes: Thoughts across Forty Years of Feminism, Film, and Spectatorship, from Of Other Spaces: Where does gesture become event?, edited by Sophia Yadong Hao, 2019, page 71

It has to be said that detachment, remoteness and inaccessibility are challenges to the reviewer whose task is to report on the material and conceptual encounters operating within a space. Writing like this, then, feels like producing a fiction, but as Peter Wollen explains  ‘… as in Riddles of the Sphinx, we are reminded that we are viewing a fictional world and must not mistake it for reality, but instead try to understand how it relates to reality.’  2

All exhibitions become archive anyway, but the significance of their living moment cannot be underestimated. When this virus is done I think it will come to reveal something, in the long run, about the internet being a poor substitution for a human space.

In the meantime everything is framed at every juncture by a sense of emergency, of renewal, of a then and a now. I share the exhibition team’s sense of loss and grief in ‘losing’ this exhibition to this virus, something palpable in their communications as government guidelines began to gain clarity as well as urgency, not to mention scale, and I think it’s important to acknowledge this loss as part of a method of healing and return, as this time too passes.

So here a number of things are evident: moving image to be read as form, as a dimensional, sculptural material, not just a projection or a screen but a volume coalescing with the environment and conditions that surround it. In turn moving image and the network of references, technologies and cinematic techniques that it bears and are (re)produced by it. In particular alternative cinema’s disruptive methodologies and as Mulvey suggests particularly that of 16mm film: ‘Technological advances (16mm etc.) have changed the economic conditions of cinematic production, which can now be artisanal as well as capitalistic.’ 3 I think this is what a contemporary artist like Rhea Storr working with the media suggests of 16mm film’s radical aesthetics. 4 About 16mm film still retaining to this day its radical intentions and strategies and not as Wollen suggests writing in his essay Thinking Theory “as an art form of the past”. 5 These considerations are twinned with an examination of the digital, or more precisely web sites, being a surrogate, or replacement for the exhibition space, and how to shape the digital to mimic physical encounters and social experiences. How intimacies, details, spaces and the haptic, through remote sensing, might still be aroused during quarantine and isolation. It’s notable then that so that much of this exhibition, grounded in the analogue, would succeed so acutely reframed as a digital encounter.

At the centre of the exhibition is I would argue Mulvey and Wollen’s most abiding work Riddles of the Sphinx (1977): ’A narrative of what wishes what it wishes it to be’, ’As in dreams but takes the form of a masquerade which looks into a world of images’ and of ‘words, images, stories, legends, aesthetics – all the things that kind of circulate in society – and shifting them into different kinds of constellations…’ 6

Voices and narration shift too, causing friction between spoken word, author and transiting image. This constant sound and motion, the gaze and the centre of its attention always shifting away or disrupted. And a camera-awareness, an awareness of looking and being looking at, dissolving positions between camera, audience and character, surface, verisimilitude and dimension, diegetic time and extradiegetic narration ‘laying bare’ the artifice, the constructions of film. Assembled from ‘pieces of thoughts’ from consciousness and unconsciousness the narration operates like a fragmented, half-forgotten poem. Meanwhile a vivid, hallucinatory sequence of colour saturated, double-exposures of an acrobat conspire through filmic techniques to liberate the image of the woman’s body from the dominant male gaze, scrutinizing at every juncture the divisions between the ‘woman as bearing meaning and as making meaning’. 3 *

Taking together these visuals and voices in combination with composer Mike Ratledge’s pulsing looping hypnotic electronic score (an example I would say of sound as sculpture) Riddles of the Sphinx performs dimensionally, sculpturally, pointing in a way toward what film theorist Erika Balsom suggests of the contemporary artists’ documentary film (‘that liquidates the differences between fiction and documentary entirely’) as a ‘material object’ 8.  As a physical entity what Riddles of the Sphinx produces is both an objection and an obstruction.

This film then is a collaborative action, of plural, blurry authorship, position, voice and points of interpretation, the confounding hybrid heart of which describes the riddles and ‘dilemmas that are present in the day-to-day lives of women which are made impossible to solve’.

Over the course of the past few weeks there is a sense of collective shock and it has been a struggle to compose this text. This virus has made me want to stop writing, my brittle attention span has led to a brittle imagination. And I want change my voice. I have lost my voice. While during these bleak days I have tended toward cameras and lenses working with 16mm film as methods of protection in which to engage the world.

I am reminded through of the importance of complexity, of the value of dissent, engaging with things which are impossible to resolve and difficult to address, and equally am reminded of the importance of physical spaces in the continuity of distributing and exchanging complex ideas, to the necessity of the exhibition. I think what this project points to, through both the potency represented in its absence, and through the resilience offered by its digital sister stand-in, are some of the tools that might allow us to come to understand what is beyond the disturbances of this moment.

* The American artist Mark Kelly is present, for a moment in Riddles of the Sphinx, any appearance I think is a mode of reference (common ground),  as Mulvey calls it an ‘overlap’, pointing to a work that would have been in production at the same time; what would become the large scale narrative installation Post-Partum Document (1973-1979) which reveals over objects, writing, analysis of speech utterances and drawings developmental stages between mother and child: illuminating the ‘formative moments in her son’s mastery of language and her own sense of loss, moving between the voices of the mother, child and observer.’ https://www.marykellyartist.com/post_partum_document.html (retrieved 27 March 2020). Peter Wollen highlights this connection in his essay Knight’s Moves, page 64)

The acrobat section in Riddles of the Sphinx brought to mind memories of the performative filmic installation of fever dreams, insomnia, etiquette and mesmerisms Before Le Cerveau Affamé devised by the artist Georgina Starr and presented at the Cooper Gallery in 2013. Starr presenting a set of female acrobats in dazzling colored outfits enacting out a series of physical maneuvers and poses while also blowing bubble gum forming breath sculptures and articulating the space between the body’s interior and exterior, the places of exchange, ingestion, absorption as well as escape, release, exhalation, expulsion. The virus reminds us that these membranes, these between spaces are vital and vulnerable.

8. OBJECT! On the documentary as art, http://sheffieldfringe.com/programme/object-on-the-documentary-as-art-session-1/, retrieved 27 April 2020

Curated by Oliver Fuke and Nicolas Helm-Grovas in association with Cooper Gallery.

A space in-between: A is for Avant-Garde, Z is for Zero