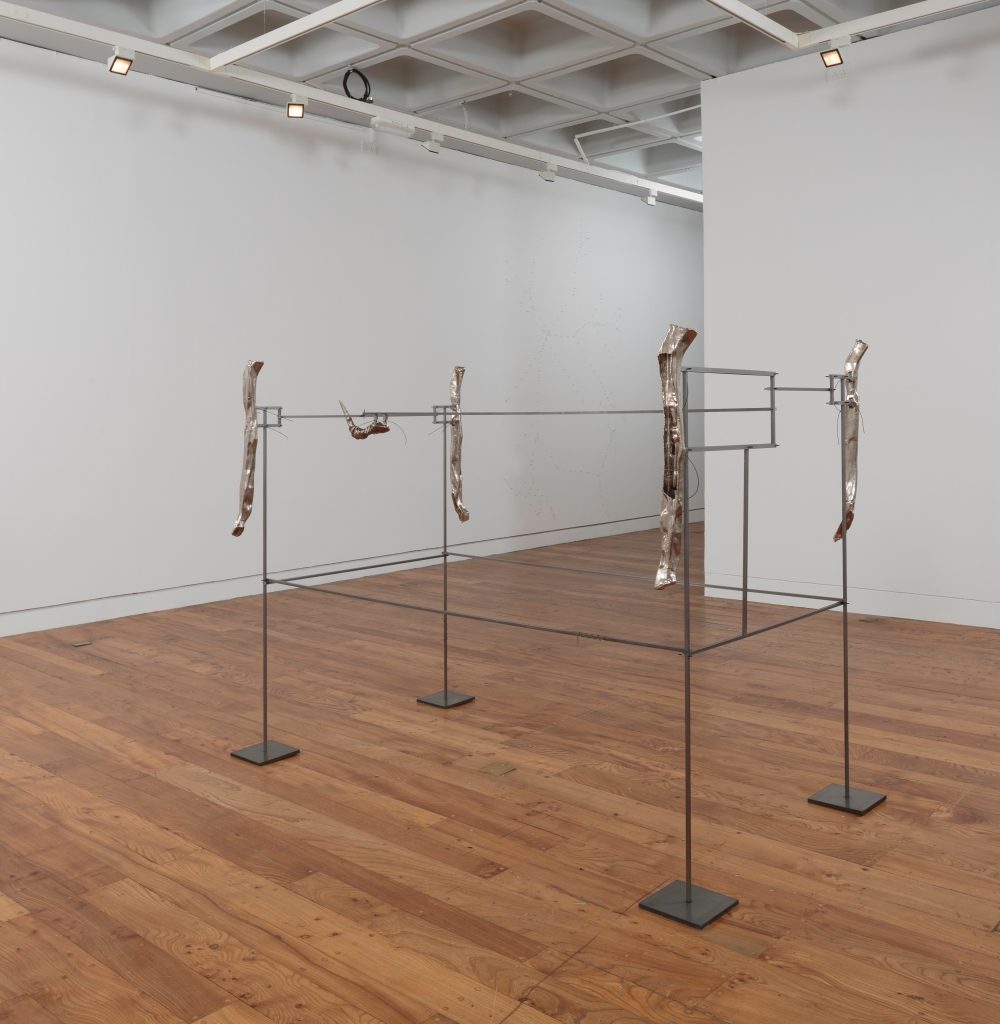 What do butterflies’ wings sacrifice to the air around them?

“how… do you add something that is also a subtraction, construct the irreducible, disappear and don’t… [and remain] forever incomplete?”, Martin Herbert from ‘Tell Them I Said No’, Sternberg Press, Berlin, page 92, on the artist Christopher D’Arcangelo (1955-1979)

I have come to understand that an artist’s intentions can be gleaned from the ‘maneuvers’ in a space even though signs, objects and materials expressing them explicitly might be absent. Metered out say, for example, in the work of an artist like Trisha Donnelly in changes of atmosphere, or through activated moments. (I think the artist refers to these as ‘vortexes’. 1)

I think too that a delicacy of habit or engineering or proposal, sometimes described as restraint, maybe a ‘lightness of touch’, is not an action of purification, in the sense of delivering a coherent and complete message simply, and without ambiguity, in the instant the work is seen, but is in actuality the first gesture indicating an invitation to the complexities anticipated, or foretold, in a future experience.

Purification, if it is a term to be used at all here, should really be thought of as distillation, or burning or reducing, depletion or deforming (all things which might have negative connotations but are not) and taking on Impey’s thoughts on ‘sacrifice’* – that something is broken, consumed, insulted (used here in the medical sense), pierced or damaged to make way for something more palatable or perfectible or preferential –  is duly an act of violence, and that interpretation (an observation on an observation) of his practice to make it more journalistically appealing or approachable is equally an act of violence. (This writing therefore might be thought of as a necessary ‘wound’.) And therein lies another paradox of which Impey’s work, made of sculptural installation presenting sculptural artifacts (product and byproduct, seen here in crystalizing, growing metal for example) that emerge from processes of inhabiting and repurposing research, alongside writing, assembled through dense quotation, is replete**. Else, then, if (terms from computer programming code and scripts) and effect, miraculously, comes before cause. (Effect is sacrificed to cause? Apodosis followed by protasis.)

Impey’s work, which is difficult and complex and is accompanied by a cosmology of references, weaves into its glossaries zoology, technology, mythology, the body, animal materials, surgery, the anthropomorphic, materials and the physical properties they inhabit under different conditions, chemistry, augury or divination, depending on which side of the interpretation you lie, the mimetic (butterfly eyespots, for example), artifice and nature and intersections between human properties, and scale, and that of the gods. All the while framed by an act, through machine-image scripting and volume and material assessing, to unearth, divine, cremate, reveal, through puncture or erasure, the elementary skeletal nature of a thing. And in this instance something entirely surprising: a kind of theatricality, best expressed in this installation through a curatorial note presenting Charles Rogers’ ‘Prometheus Eaten by the Eagle’ (After Cambiaso), an etching in brown ink on paper, from volume 2 of ‘A collection of prints in imitation of drawings’ from 1769, a chime which preludes the work ‘Exta’, 2019, a sculptural display, a bovine-like construction, in a precisely rendered, and situated (how the work claims the room that surrounds it) framework, cornered by organ, limb-like appendages, fleshly manufactured, from nickel on electroformed copper, consuming, or sacrificing, elements from a previous work ‘Orangutan’  from 2012, made of delicate lines of steel impregnated with sewn hair-like fibers; acts of deforming and renewal, and transmission and exchange; invisible interior, parasitic or symbiotic energies made solid.

What this installation, and its activities, conjure to my mind, is a conversation on potentiality; and sight, and speculative, brief volume given to some of the unmade universes that surround us.

1. Wavelength: On Drawing and Sound in the Work of Trisha Donnelly/Involuntary Drawing, Anna Lovatt, https://www.tate.org.uk/research/publications/tate-papers/18/wavelength-on-drawing-and-sound-in-the-work-of-trisha-donnelly (retrieved 23 January 2020), also described in  ‘The Line’, by Jenelle Porter, ‘Trisha Donnelly’, ICA, Philadelphia, US, 2008. ‘In the recombination of the not so vast distance (The Vortex)’, text, photocopied handout, and sound recording accessed by telephone, 2003-2008

* The term sacrifice here might also refers to acts of theft, for example: “In Greek myth, the Titan Prometheus is the creator of human culture and human dominion; he steals fire and gives it to mankind after his brother Epimetheus had neglected to distribute any positive qualities to it. In consequence Prometheus is condemned by Zeus to a violent punishment – he is nailed to a mountainside and subjected to having his immortal liver eaten daily by an eagle.”  Exhibition note, -GNOSTIC CAUTERY, written by Dr Dominic Paterson (Curator of Contemporary Art, The Hunterian)

**Note (I think too here of Impey’s merging of moving image, composed of incidental photographs rendered as research fuel and spatial intervention here assembled to mimic a burning candle as well as the passing of time)

My thanks to Dominic Paterson and Alex Impey.