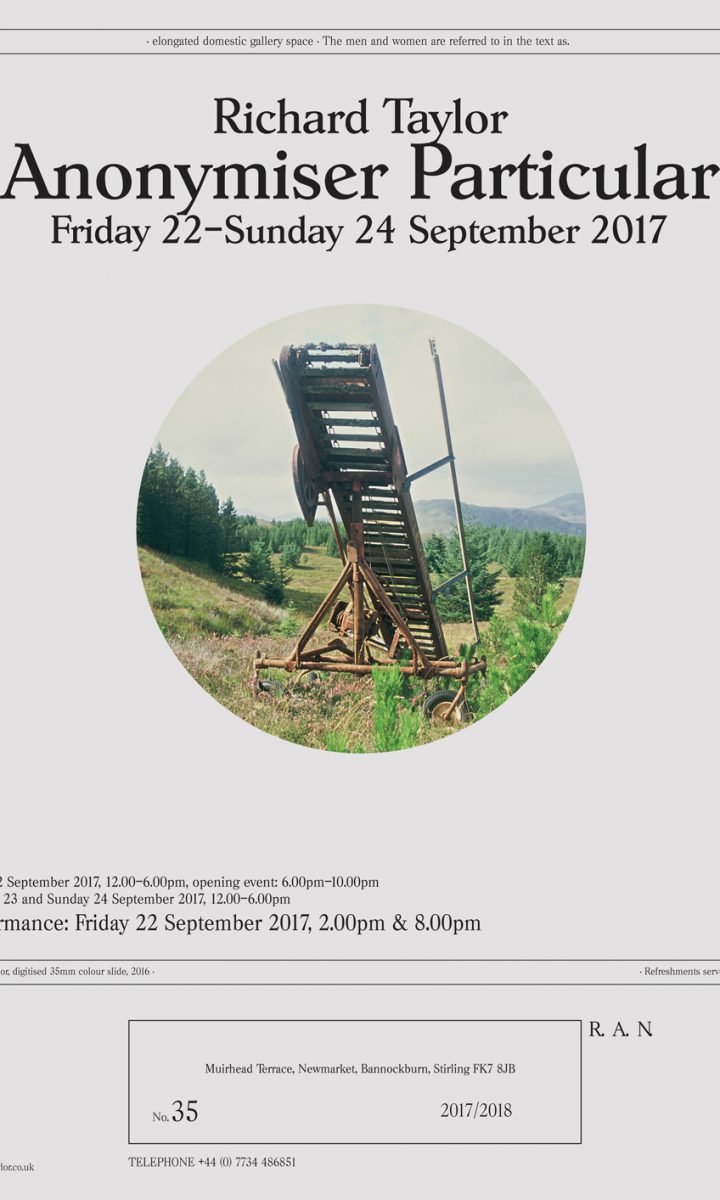 My reading starts on page 25 and 27 of American artist R.H. Quaytman’s publication ‘Morning: Chapter 30’, published by MoCA, Los Angeles, in October 2016. The first page shows a black-and-white photographic print of the land artwork ‘Double Negative’ by Michael Heizer. The photograph shows part of one of the trenches cut into the eastern edge of the Mormon Mesa, a tableland with a flat-top and steep cliffs, in Overton, Nevada. Heizer’s earthwork, a massively scaled double excavation, visible and invisible, on the nature of nature, was made over the course of 1969 and 1970. A second image by Quaytman presents a rereading of the earthwork, picking out its shadows and depths and augmenting them with stains of pink and yellow, spills of red-orange oil; the edges of the desert horizon bleached and out-of-sight…. How does writing push into something and excavate; and pull something out of something, erasing it or displacing it? In his readings Taylor’s words whirl high, then echo, drawing around the moment, glimpsing the future. Why does Quaytman call her paintings “chapters”? I was thinking about the voice-over Taylor gives to images on his slide carousels and the moment that reading, listening and looking at images becomes indistinguishable. And how the voices Taylor records and plays through headphones, become sculptural and voluminous and magically draw out sounds; as spaces, noise and words, as colour and light. The synaesthetic. I think about the object of journeying, surveying as a performance, and the artist as walker, thoughtwalking, the site-specificity of writing, presenting the outside as inside then  writing about it as a cipher. Taylor’s recent sculptures are emulsions, absorbing materials as surrogates for experienced moments. They remind me of artist Catherine Street’s ‘Mineral Mind’ audio work from 2014: “Calcium, phosphorus, potassium, sodium, magnesium, boron, chromium, cobalt, copper, iron,  manganese, molybdenum, selenium, silicone, tin, vanadium, zinc.” A list of mineral and chemical  compounds that she says lie in the ground but also within the mind, in a mysterious entanglement. She does this by reading the list twice, voices slightly overlapping. And so does Taylor; his words in delay mesh to form hybrids. His images are a still centre to a speaking dream: words invading images, voices invading objects. Meanwhile in an essay about Quaytman I am reading about the phenomenon of the ‘orchid and the wasp’, an orchid that resembles a female wasp, and in the descriptions of this evolutionary form, “the wasp-becoming-orchid and orchid-becoming-wasp, each maps out the other.”  The boundaries of each becoming indistinguishable, one writing words, details and ideas over the other. What they have said, has already been said but spoken in a newfound language. Revoir les rêves réveillés. (Revisit dreams awakened). So as these images come to mind and the space of this work makes it appearance and  disappears in these rooms, across these months, the things I am thinking about and writing about is love.

With thanks to CCA and Rhubaba Gallery for the loan of slide and audio equipment for this project.

Works include Aliases for a reason and Enchantment for LelyAnyLevel. 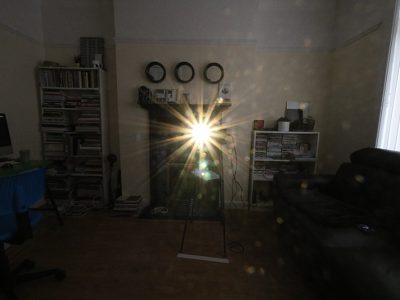 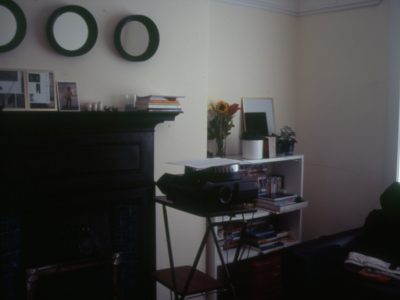 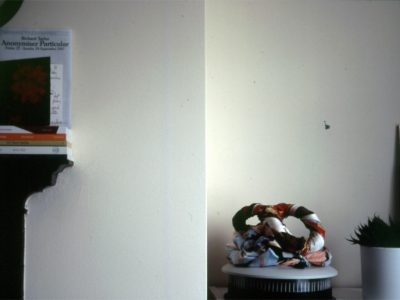