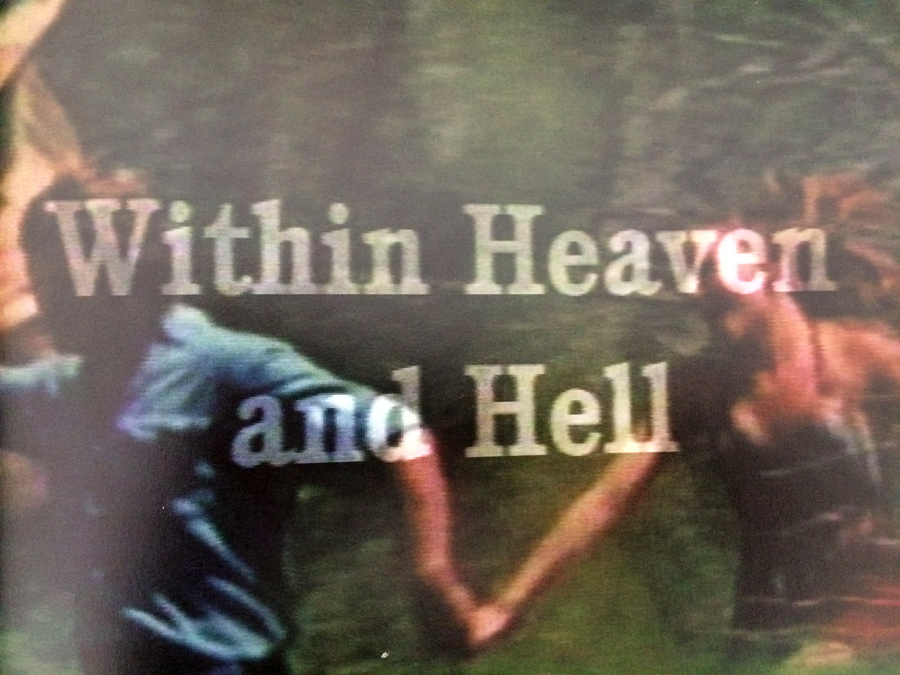 By the time I was 13 I had already procured a private supplier of hardcore video nasties: I spit on your Grave, Zombie Flesh Eaters, Last House on the left, The Texas Chainsaw Massacre, Nightmares in Damaged Brain, Snuff. Pain, fear, agony, guts, derangement, perversions, all brought to my bedroom, to watch and enjoy. This was the time when watching these films became a kind of cultural currency, an adolescent challenge of endurance, a seductive badge of honour. It was also a time of high moral hysteria: the thought of these films being available to anyone became a channel for disgust, accusations of corruptive power, of judgmental bankruptcy. These films still exist inside my head; they are a part of the way and environment that I grew up in. And my supplier – who had no qualms about obtaining these films – was my father. This is either extreme parental liberalism, or the groundwork for future therapy, a diagnosis of traumatic hidden memory syndrome. It’s what family life is like.

From this introduction to corruption, hellish production values, flimsy unspecial effects and mindless meat joy, one film stands out. It is The Texas Chainsaw Massacre.

Cinema exists in our heads. We play films over and over again. We can ‘view’ cinema remotely, and retain it, unlike any other media. Cinema is our common memory. We recite dialogue, describe scenes, ‘see’ performance and action. Sometimes films make such an impression that they become another reality. The Texas Chainsaw Massacre is ‘real’. It is one of those films that has such a common cultural potency / reputation that it has developed as a ‘reality’ for everyone: it has gone beyond film and become a signifier, an emblem for our cultural condition. It tells us about our pain, our fears, our pleasures. It is a map, a description of the bogeyman, the depths of our paranoia and despair, the terrible place, the pleasures we seek, the light at the end of the tunnel. It is hard to watch, but we can’t look away.

It’s narrative is beyond simple; it is Hansel and Gretel with power tools. A group of youngsters go to visit and abandoned house (which once belonged to the lead character’s grandmother), news filters through of grave robbing and desecration, meanwhile the group are attacked by a hitchhiker ad later butchered one by one by the family who live next door to the old house. Lead by Leatherface, masked, terrible, nervous, stupid, he does his best with some heavy instrumentation. But he is something else: he’s liberal panic, brutality, sexual void, big dumb kid, dead American. Chainsaw / Leatherface is about America, at that time struggling with Vietnam, a hokey-cokey political agenda, cold war numbness, culturally inebriated. Sally / Marilyn Burns, the only survivor, man- ages to free herself from this family – dead, mummified mother, pained, decrepit father, and trio of idiot brothers. Never put your faith in these men – not only dangerous, but incapable, abusive, callow. The last image from the film shows Leatherface, so demented with frustration and shock that all he can do is dance around inanely in the early morning sun.

The London-based American visual artist Ellen Cantor has done something remarkable with this film (The Texas Chainsaw Massacre). Matching it to another fairy / fantasy / horror story, another culturally defined and important film, The Sound of Music, she reveals something about what cinema means for us. It is the mirror from which we learn about ourselves. The Sound of Music is a film about a fascist territory, about a personal revelation, about sexual maturity and investigation, about the terror of the family (dead mother, pained, bullying father, string of idiot siblings), about patriarchy, about who we look up to and take our cues from. It’s also about the countryside. And like Chainsaw is about how the countryside is a stupid place, free of urbanism and thus dumb, uncivilised, uncultured. Its about thick people who don’t know any better. But more importantly the film is about Maria / Julie Andrews, nun, singer, ‘mother’, pure and lovely. And what she eventually becomes. (The critic Lee Hudson describes Julie Andrews as a “nun with a switchblade.”) Chainsaw is about Sally / Marilyn, day-tripper, 70’s hippy chick, young, liberal American, candy girl and what she becomes and has to survive. They both represent what American film / cultural critic Carol J. Clover calls the final girl. The set up is the same, the film’s name doesn’t matter, but as the cast get hacked, shot and butchered one by one, the last survivor is always a woman. She’s the one who sees the killer for what he really is – dumb, sexually absent, culturally dead, morally dilapidated, only about destruction and mutilation…

‘It’s a place we invented.’

These films are the same: a woman enters a house / home, with all its circumstances – political, cultural, intimate, familiar – and becomes someone else. It’s identity processing: sexual, individual, personal, constant. It’s about manufacturing, but there is always something else going on, which usually you are prohibited from seeing.

Cantor’s video Within Heaven and Hell is like a terrible dream. And then waking up. It shows what it is like to get processed or manufactured. By film, cine- ma, image, representation, performance, by narrative. Cantor shows us what’s going on behind the cinema fantasy, what we know exists but would rather not see. Watching the video, these films become more honest, more real, more complete. She stops them from existing as little dramatic pleasures in our head, and makes us see what they really are. It shows us what it means to be represented in a specific, constraining way: Marilyn / Sally / Julie / Maria, vic- tim and survivor, mother and whore, replacement, girl to woman…The work shows us how these cinematic definitions of identity work and how they can become so seductive. And as the voice-over to the work demonstrates, there is a personality, an individual intimacy at work that is not fragmented or dispersed by easy classification. Cantor sees and shows us what this ‘killer’ is all about. You can see it in Cantor’s drawings. Honest, direct, tender, real. Actually real, not a slim, titillating slice of reality, fragmented memory, or passive, shallow or supposedly appealing depiction. She presents the illicit and goes for the throat.”

Ellen Cantor is the final girl.

Image from Within Heaven and Hell, Ellen Cantor published in ‘My Perversion is the Belief in True Love’ Video/Art,  Ellen Cantor, Kunsthalle, Wein, 1998