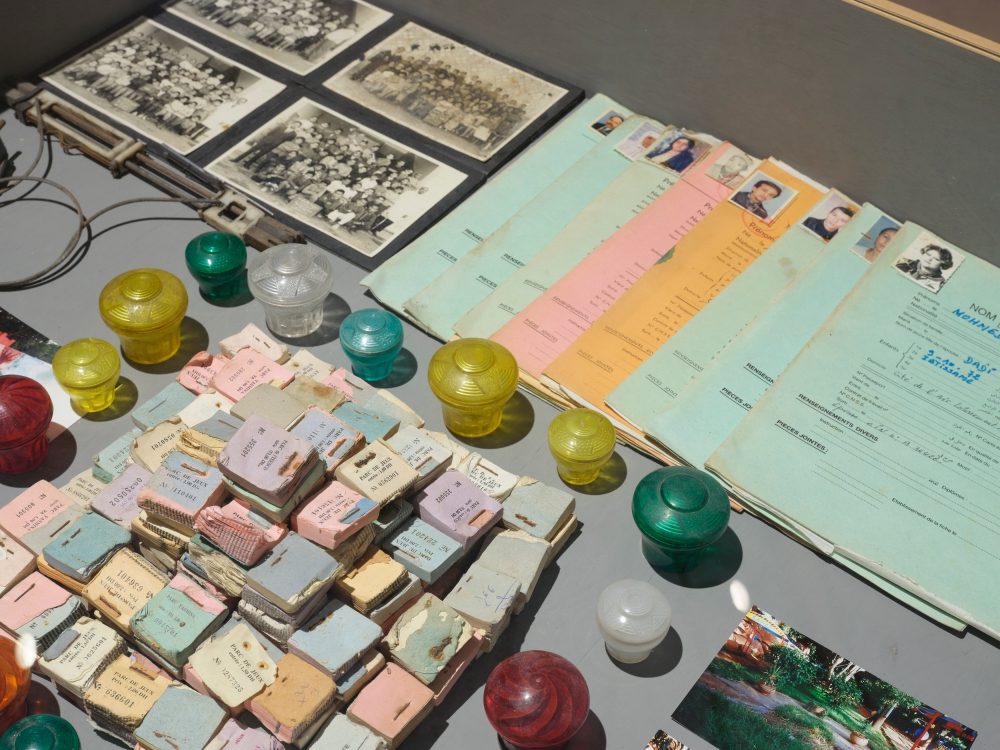 ‘The Collective Museum: Citizen project for a museum of collective memory’, a new exhibition from L’Atelier de l’Observatoire, a Casablanca-based contemporary art organisation at Collective is a proposal on the precariousness of individual, collective and institutional memory, the vulnerabilities of time (and retreating into time and recovery from time), a dilapidation and weathering in heat and light of buildings and institutions and the flux and trauma of political change (military occupation, colonialism, independence movements and terrorism are all articulated or suggested here underscoring the rawness of the material). It highlights that the museum itself is a contentious space, acting to actively forget, assembling its own ‘official’ memories, as artist Hito Steyrl discusses in ‘Is the Museum a Battlefield?’ (lecture and HD video 2013) and the double screen video ‘An Abstract’ (2012) 1: ‘one of the social settings in which the struggles for political and economic dominance are played out’ and is tied together with documentation in the form of images and video for a set of remembrance/actions to give voice and visibility to the forgotten, marginalized, those in retreat or escape, those who have disappear or are disappearing and finding substance among the debris of archives, dismantled fairgrounds and yellowing silent historical and personal, human documents.

This museum is a portal for distribution, signaling ‘community participatory-narrative’ workshops in the form of performances, radio broadcasts, re-enactments, video-making, photography, the collecting of aural histories and social event-making, allowing something once still and in suspension to take on movement again. This museum proposes gravitation towards the external. Like the Respiro fairground carousel from Yasmina Park in flight, an action of resurrection central to the exhibition, proves the museum is a proposal for something in motion again.

The material is displayed here on a high, curved plane, akin to a cyclorama, mirroring the circumference of the surrounding dome – it is a printed-out timeline mounted as a ‘storyboard’, a mixture of intertwining evidences, resembling a medley of a newspaper’s editorial outline, correspondence in the form of dispatches, the working methodology for an investigation, the synopsis for a documentary film and is in turn an act of mirroring or city-twinning annotating on Collective’s own act of resurrection and reimagining, a proposal come to fruition, of an abandoned space, the shift that was taken from its former space on Cockburn Street in the city’s central historical passages to its present contemporary art campus gleaned from the formerly neglected spaces that make up the City Observatory. It speaks about things held in the common-good, what might be described as a fiduciary, of trust and good faith, of preservation. 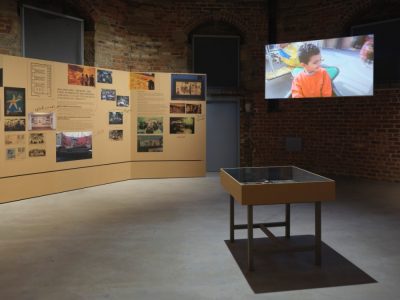 I think this criss-crossing between Edinburgh’s Collective and the proposed museum in Casablanca might well reflect on what Cooper Gallery in Dundee’s senior curator Sophia Hao would describe, through her ‘Hubs and Fictions’ forums that have taken place in Shanghai, BALTIC in Gateshead and DJCAD reflective essays from which were amassed together and published by Sternberg Press in 2016 2, as a form of ‘imported nearness and remoteness’: “material manifestations of the ‘global transnational’ are irretrievably intertwined with its own fictions of ‘the contemporary’, and explores which cultural and political realities determine how today’s multiple contemporaneities are instituted and disseminated.” I think Hao is suggesting the contemporary is a thing just over the horizon, just out of sight, a shadow or a fiction. While the exhibition at hand chimes with Collective’s prior engagement on art, collaboration and location through ‘How Near Is Here?’ an intensive and urgent Symposium 3 held in September 2014 describing ‘locality’ through a range of actions in Istanbul, London and Aubervilliers in France as “a contested complexity of geographical surroundings, the people occupying an area, and the buildings and spaces (public and private) that define it.”

To my mind ‘The Collective Museum’ is also a story between sea and sky, of bringing impossible opposing opposites together. ‘The Imaginary Aquarium’ outlined at the project’s inception as a companion to the constellations offered by the Observatory suggests that this museum is not built from the collecting of historical documents and artifacts but rather is shaped by the spaces of the radical imagination.