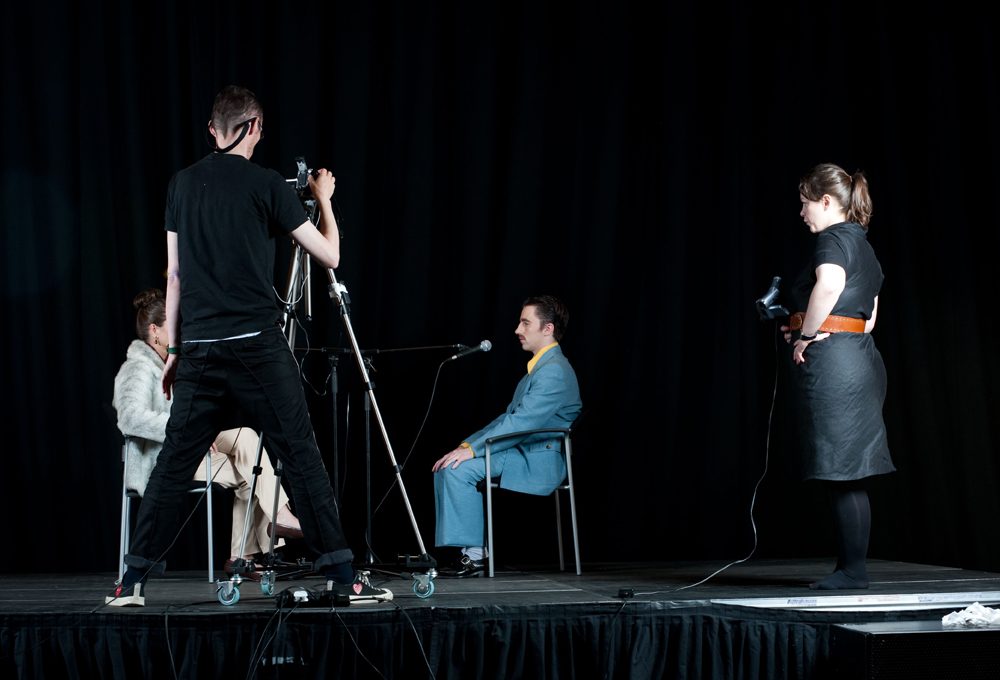 Production Stills, all Stephen McGarry, all 2010

Linda Fratianne is a multi-screen film of a devised performance which orchestrates complex, often abrasive, materials. It is based on a story by the Austrian writer Elfriede Jelinek with references to vaudeville, film noir, theatrical and cinematic styles, performance art and televised sports to explore through gestures, texts and improvised sequences, notions of spectacle/spectatorship, inspection and judgment, violence and failure, glamour and persistence. Commissioned by CCA to mark the beginning of Glasgow’s tenure as host of the 2014 Commonwealth Games, the six films explore the ways in which artists can respond to sport in its broadest sense, as well as the social and cultural impact of the Games on the city and its people.

Filmed on location at the CCA, Glasgow and Dundee