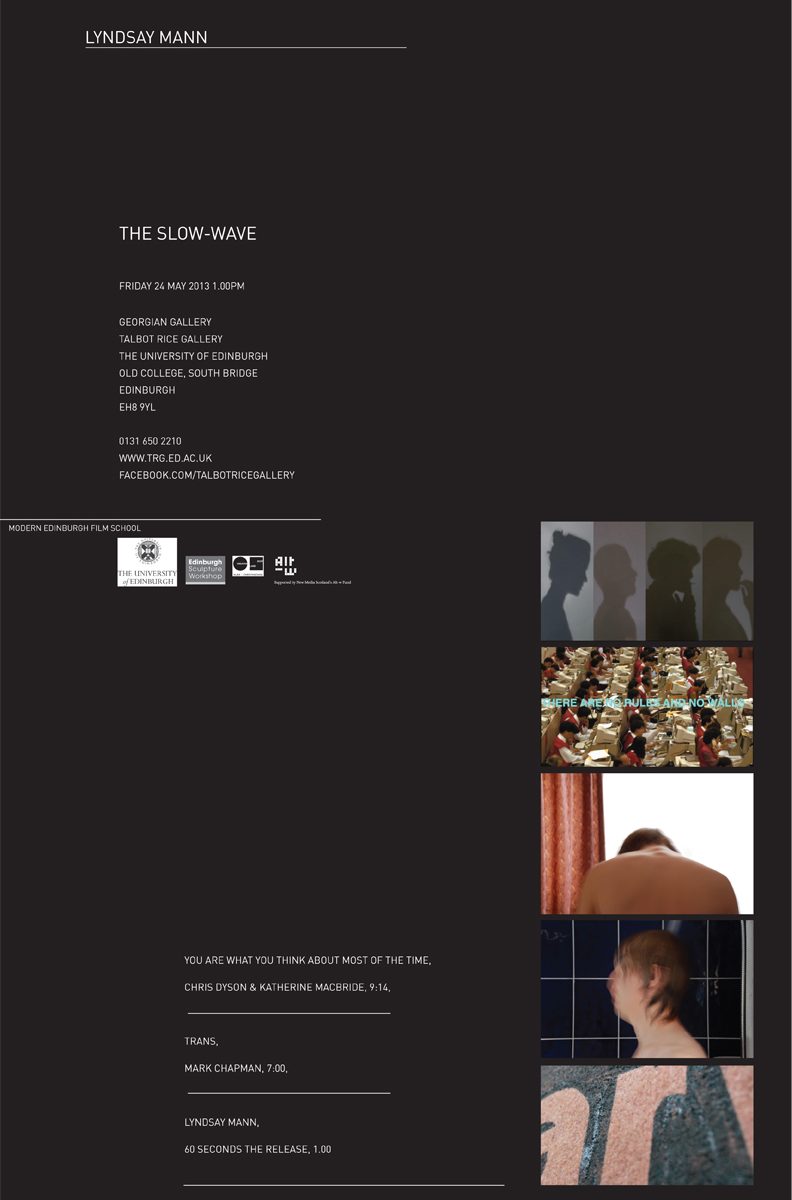 ‘Designed as an observation on Mann’s current work and research The SLOW-WAVE … draws on aspects of the confessional in artists moving image through mediations between character, narrative, the theatrical, and the intimate. It traces a number of conversations on Mann’s work and her sensitive and meticulously drawn approaches to the text, screen, performance and sculptural forms.

The SLOW-WAVE refers to a sleep state that consolidates memory, it is also the stage where sleepwalking, including the performance, or gesturing, of simple everyday tasks, repetitive actions and spoken utterances, is most likely to take place.’  Modern Edinburgh Film School, May 2013.

The SLOW-WAVE is a reading and screen event based around a text I wrote titled ‘Aspects of the Confessional’ (2013), in response to Dr. Liz Stanley’s article The Epistolarium: On Theorizing Letters and Correspondences, (Auto/Biography, 2004).

The SLOW-WAVE creates a space for interruption within a screening programme, in which the projected works further explore ideas from the text in tangential and expansive ways. The video works are not illustrations but counter-points of immersion and reflection within a performative lecture format.

My sincere thanks to Katherine, Chris and Mark for the use of their works in this project – Lyndsay Mann