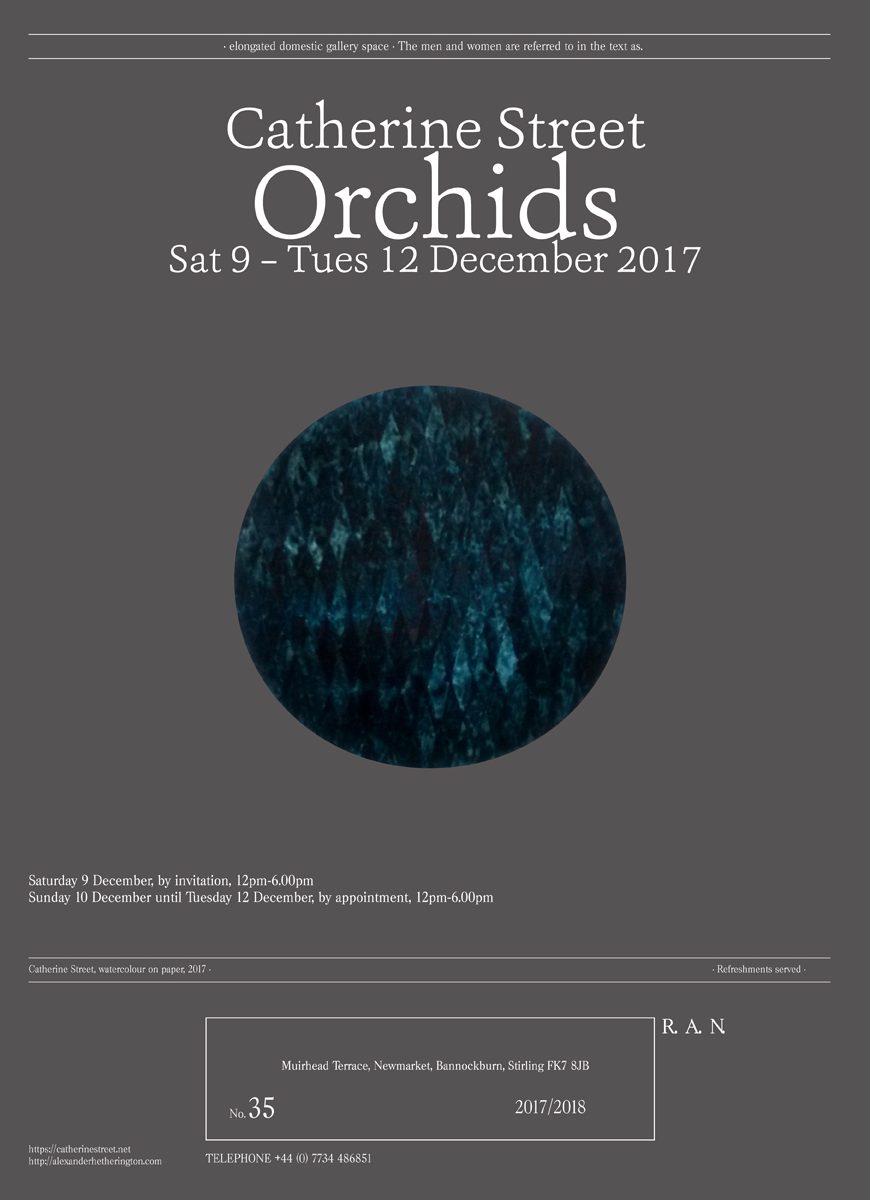 I am beginning to think of the apartment as a body at rest or recline; or like a voice, the rooms a chorus, or the material for lungs; the long corridor could be its windpipe. It has nighttime speech. Its voice is a filigree of male and female. It has dexterity, but chooses not to extend to impulses, retains its potential energy. The building has teeth too; grey granite teeth, austere frontage and aciculate symmetries (scored by needles). Internally it blossoms, is light and sound, emanates saturated perfumes – made of memory-making. (This is sometimes called ‘Headspace Technology’ by perfumers to recreate space or place memories; and to understand, retrieve or retrace a memory is to recreate the chemistry and electricity of it, by repetition, memory loses a generation each time is it played, just like video tape. Like the video installation ‘Mirror Speech’ by Gail Pickering, and its single channel work offspring ‘Near Real Time’ (2015) which is navigated physically and mentally by its hallucinatory cuts, decays, fades, interruptions, half-awake performances, hypnotised arm and hand gestures and articulations and codes, with wide-awake eyes and head – body and mind separate. Pickering’s “headspace” is a TV studio. Scores and scores of improvisations and personal notations.) Catherine emails me and says the show is called ‘Orchids’. And I know what I know and I know that orchids seduce.

At a workshop a while back the first thing the lead artist tells me is that ‘handwriting is, of course, a drawing and is a kind of a memory loss’. She explains that writing by its repetition is losing the memory of the letters, silhouettes the processes of misunderstanding of the word’s readable function. I can see that in parts missing and empty spaces in the notes I am writing for this text. Some words and sentences I cannot read anymore. She says ‘losing memory is something about change.’ I wonder if this has something to do with writer’s block. Or obstacles to making or changing work. Is a traditional drawing a form of memory loss too? Catherine’s title reminds of Susan Orlean’s essay ‘Orchid Fever’ (1995), published in ‘The New Yorker’ magazine and its adaptation into the book ‘The Orchid Thief ’ (1998) which became the motion picture ‘Adaptation’ (2002) written by Charlie Kaufmann and directed by Spike Jonze. How fascination turns to passion and then obsession.

For the second time this week I find myself talking about artist Anna McLauchlan’s reading group workshop for ‘Rhyme and Reason’*at Collective Gallery, Edinburgh in June 2015. That summer gallery pavilion that looks onto the stone gnarl of Arthur’s Seat and National Monument of Scotland, both incomplete and fabricated in decay. Her workshop asked ‘how do artists (un)discipline themselves?’, what structures or titles they adhere to that might prevent their development. To push forward is to actively forget. In turn the event asked: ‘How can intimate [or personal] instructions translate into forms of broadcast and communication? As a form of writing or sketching that is closely linked to musical scores and ideas of indeterminacy, notation thrives on personalisation and permutation.’

In the film the screenwriter becomes fictionalised and struggles to make the work and the dilemmas of the page-to-screen flows inside and outside of his mind as fact and fiction and embellishment and lies intertwine and clone and mutate and foster hybrids and branch out. (On the telephone, miles apart, and high on drugs, Susan and John recreate the dial tone with the meshes of a female and male hum.) 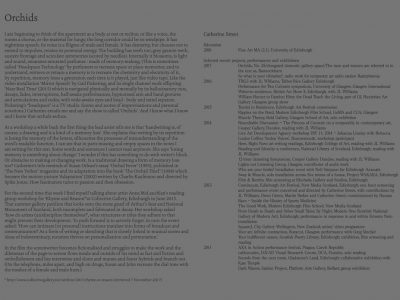 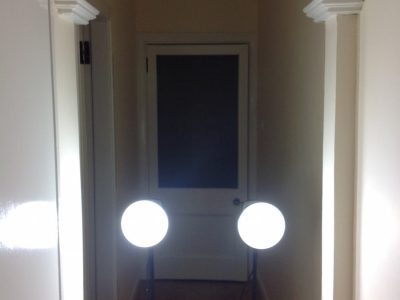 With thanks to Kelvin Framers, Eastvale Place, Glasgow.