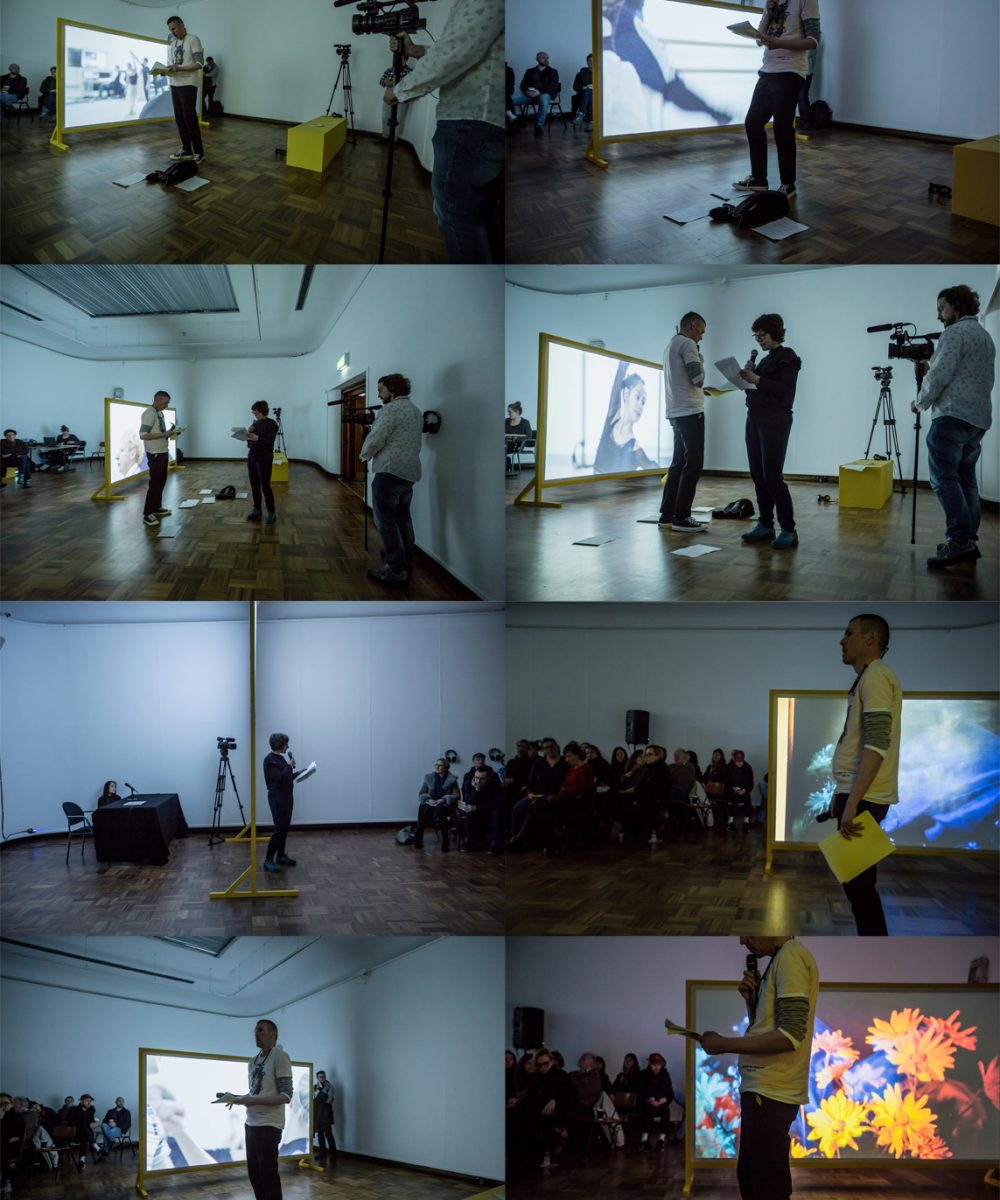 Utter, utter, utter is a newly constructed collaborative performance by artists Alex Hetherington and Lyndsay Mann that collages appropriated and recombined texts on contemporaneity and voice, the functions of writing for film and letter-writing, ideas of the moving image screen and its ambiguities and contradictions. The devised script and its delivery begins with two independent formations that move toward each other, physically and contextually, to converge and synchronise before collapsing and dividing again. Utter, utter, utter brings together materials from a range of sources including Raqs Media Collective, Daria Martin, Marguerite Duras, Leo Tolstoy, Hannah Arendt and Lucy Skaer, with new writing from Lyndsay Mann. 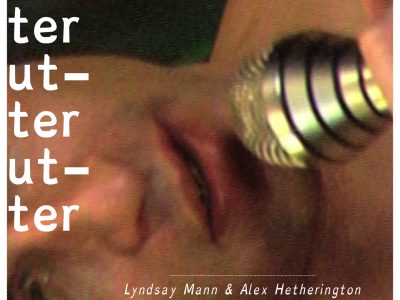 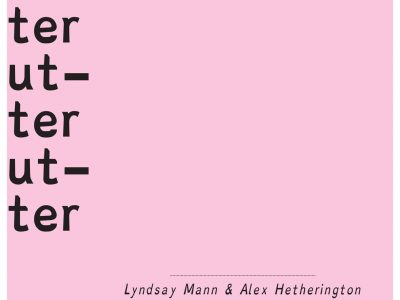 Please stand by. Video documentation by Rob Page, courtesy of Cooper Gallery. With thanks to Peter Amoore. Thanks to Sophia Hao and all the artists, with special thanks to Lyndsay Mann and Sarah Forrest. Thanks to Rob Page and Ross Fraser Mclean.