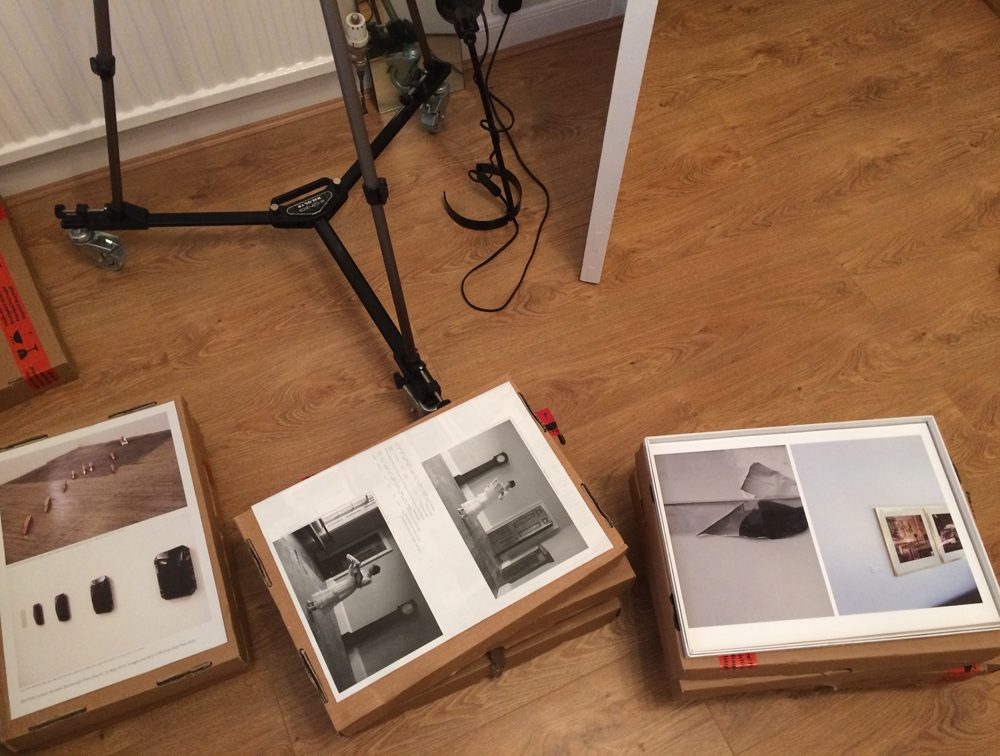 Modern Edinburgh Film School began as a season of events relating sculpture to film, while also thinking about spaces and institutions in Edinburgh and their histories and relationships to moving image. This became a kind of prism where things could be seen through one another or beside each other, a lining up, or a pointing to. A sequence of screenings, groups shows, talks, performances and publications happened in Edinburgh in late 2012 and 2013, forming the language of a School, appearing, disappearing, settling into forms of distribution as an activity. This was followed in 2014 by a durational approach to artists, conversations with them, film, and a particular field of its subjects and materials.  And in 2015 and 2016, working with Glasgow University and Glasgow Museums, settled on a distinct group of women moving image artists, the subject of museum’s collecting and film and its relationships to work on paper. This then has formed an artists statement which describes its practices and processes which link ideas of learning about film with its innate senses of reading, writing and speaking. This title-as-project-as-practice combines moving image with curating exhibitions and screenings, the commissioning of new film and texts, the distribution of publications and the presentation of critical writing. It has an emphasis on works by artists at the intersection of moving image, performance and sculpture. The project brings together different visual artists in different configurations, often reuniting them and has an evolving and peripatetic form. This shifts between a pronounced curatorial shape and a more speculative moving image practice, that often takes the form of printed matter, notes and descriptions and develops around and between these movements, unfolding through the conversations with artists that describe or announce its presence. It is anti-austerity and is a platform of engagement and distribution, it is collectivistic, generative and generous and by instinct non-academic. It has begun to develop contradictions and ambiguities, with the terms of its own title open to speculation, still resonating with a fascination for titling, subtitling, footnotes and appendixes: where one thing is given many titles and many things are given one title.

On distribution: Modern Edinburgh Film School screenings, events and works are often accompanied by editions – film returned to works on paper – or are published and distributed at the moments of opening or closing of conversations with artists, having formed a ‘space’ for a work to take place, or are catalysed by or respond to external events, there is no timetable to this and happens at the confluences of different artists’ activities. In 2016 it has sought to work with a group of artists, writers and curators to ‘rerecord’ or ‘re-speak’ its archive, presenting their writing, responses and edits as a new form of rearrangement and redistribution. Distribution for the practice is low-key, discreet, slow, unstructured and incomplete.