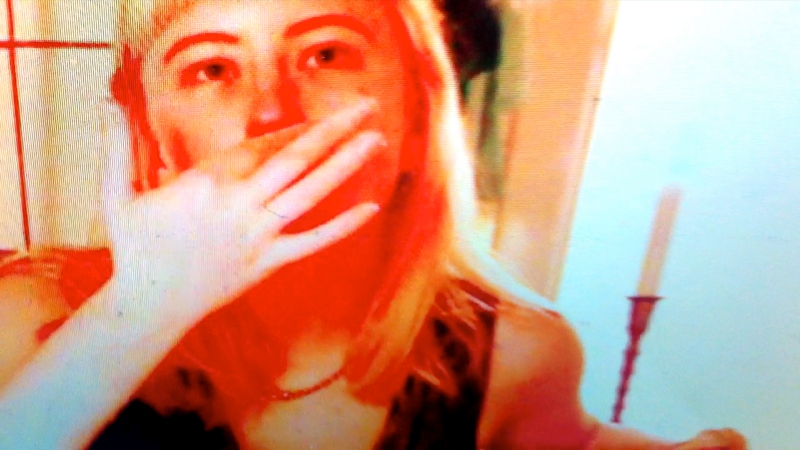 Last song for a waterbaby,

We All Feel Better in the Dark (Tennant/Lowe, 1990) and You Must Make Your Death Public: a collection of texts and media on the work of Chris Kraus: “where, if at all, is the line between ‘life’ as private and ‘practice’ as public?” (Mute, 2015)

Much magic, summoning the spirit of the buzzing nightclub and queer dance party, the shared cigarette, the high, the escape, and synchronized to an array of experimental filmic, sonic and visual art references, achieving a shared euphoria, is conjured in artist Katie Shannon’s performative installation ‘Last song for a waterbaby’. This project, the second episode in Collective’s annual Satellites programme, is also a demand for the materialization – brought forth by radical spaces that music cultures often engender: disco, punk, house, new romantics, rave, while I am especially thinking, in this instance, about the SEX boutique, Vivienne Westwood and the Sex Pistols venture circa 1977-1979 and Leigh Bowery and Trojan’s Taboo club, also in London, in the mid 1980s – of a new transformative reality, a conscious realization and representation of difference, a statement of belonging, genre and gender fluidity, and a rejection of the limiting codes of heteronormativity.

‘Last song for a waterbaby’ consists of two slender metal structures, a scaffolding, supporting an array of handmade silk-screened latex garments in fuchsia, yellow, purple and powder blue. An array of images, nightclub logos, faces, intimacies and handwritten statements adorn these clothes. A distorted video projection embraces and interrupts the display, while a gatefold sleeve record sculpture constructed in metal, strips of fabric and masking tape accompanies a record deck, with a missing DJ, playing out a mix of live spoken-word, sung and electronic music recordings. In evidence is a sense of capturing and transforming the essences of highly ephemeral actions, fleeting intoxicated memories and ecstatic moments and bringing them into material substance, into the properties of vinyl records, latex and solid metal. (From night into day.) Shannon’s project also exemplifies an abiding creative persona, where visual art production, music, performance and event-making overlap and signal the shift-steps, within our shared culture spaces, these actions generate.

There are reminders for me of the early work of Georgina Starr, Charlotte Prodger’s 16mm film ‘I Was Confused About the Dance Floor Code No.2’, 2009, Pipilotti Rist’s ‘Show a Leg’, a multi-screen video installation projected onto net curtains from 2001, and traces of Kenneth Anger’s film ‘Invocation of My Demon Brother’ from 1969. But what this display of screen-printed gossamer clothing – indicating absence and presence, signaling attention and refusal, an intermix of layers of translucences and shadows – brought to my mind most was ‘Kathy Forest’ a presentation at New Langton Arts in San Francisco in 2006, a project assembled by critic and artist Matias Viegener, photographer Kaucyila Brooke and curator Dodie Bellamy which consisted of an exhibition of garments (including avant-garde pieces by Jean-Paul Gaultier and Yohji Yamamoto) owned by the late experimental feminist novelist, poet and provocateur Kathy Acker, who author and critic Chris Kraus, writing in 2014 for Spike Magazine*, described as a ‘poète maudit’ – an artist living without constraint, outside of societal norms.

Sensibilities I think shared in the propositions set out by cultural theorist Jack Halbestram’s in their ‘Gaga Feminism: Sex, Gender, and the Edge of Normal’ from 2012, which finds kinship and vivid reference among Shannon’s flickering video, words, garments and sounds: Halbestram writes ‘wisdom lies in the unexpected and the unanticipated’, ‘transformation is inevitable, but don’t look for the evidence of change in the everyday; look around, look on the peripheries, the margins, and there you will see its impact’ and ‘Gaga Feminism is outrageous … impolite, abrupt, abrasive and bold’.