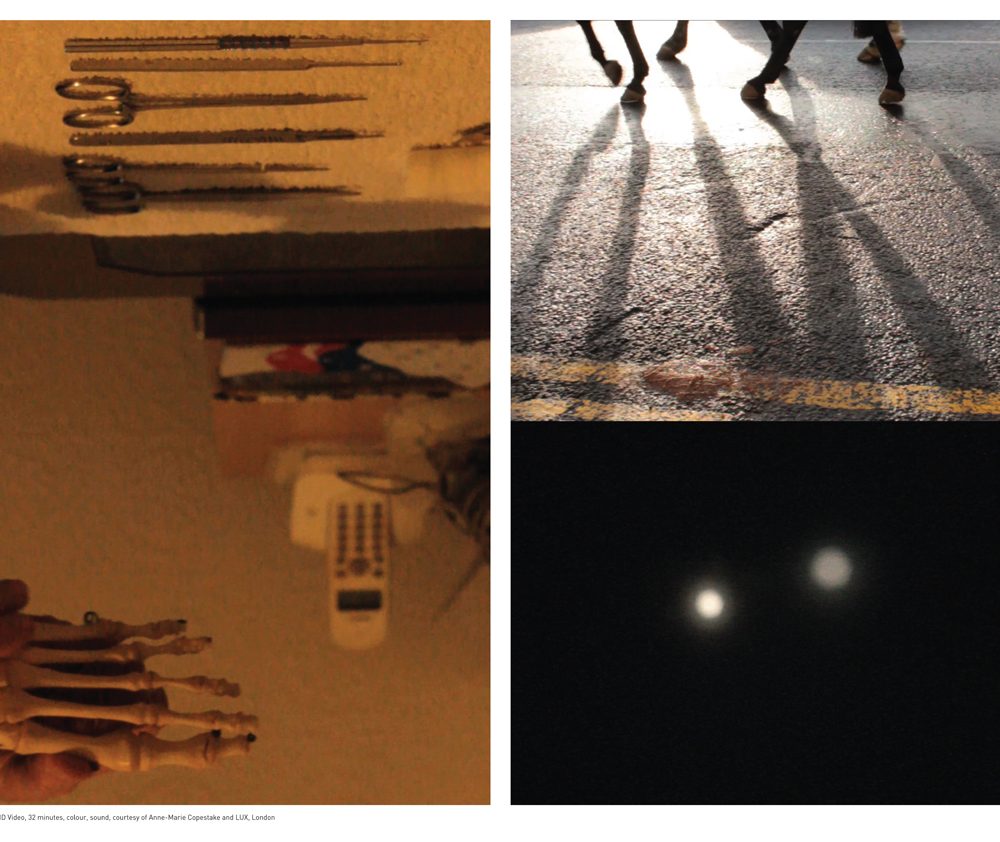 Ripples on the Pond, Anne-Marie Copestake

And Under That (2012). Video, 32 minutes, 5.1 surround sound/stereo soundtrack.
Anne-Marie Copestake
Screened courtesy of the artist and LUX, London

For Sue.
Dedicated to the memory of Ramona Sue MacLauchlan, who died July 2015.
Sue leapt into working on the film with a vigour and thoughtfulness that remained constant throughout our meetings and friendship. (Anne-Marie Copestake 2015)

And Under That is presented here as a single screen film and has also been presented as a film with seamless transition into live performance, which continues after the film has finished and sets up a situation where there is no formal ending. The performance format includes additional footage and emphasises the sense of open-ended possibility expressed by the women in the film.

The ordinary is a circuit that’s always tuned in to some little something somewhere.
[…]
It can pool up in little worlds of identity and desire.

The imagery in And Under That… moves viewers through a series of spaces, both public and private, that are animated by the presence of bodies, most often those of the film’s two main subjects. The scenes are relatively ordinary, though somehow they don’t always feel that way. Throughout And Under That… voice, music, and sound are at least as important to the viewer’s experience of the work as what we see. Indeed, it is perhaps in making her viewers into listeners that Copestake allows us to participate in the attention she pays to her subjects’ “ordinary affects.” In echoing a topology of listening, And Under That participates in an openness (ears, unlike eyes, can’t be closed after all) that allows an unheard subjectivity to emerge. That this is made audible through the voices of older women, voices not listened to attentively enough in our culture, and habitually heard as those of “finished” subjects, is essential to the film’s affective power, to the way it moves.

The moving images that Copestake uses to show us these various pools of ordinariness are themselves shown to be movable within And Under That. At times the footage is rotated 90 degrees into the vertical, so that the film seems to flow down the screen; at other points it is layered to create a sense of shifting depth within the image. In previous film works, Copestake used techniques such as projecting onto textured, layered, or broken surfaces to disrupt the immateriality and unity of the filmic image. By manipulating the layers and orientations of the material in And Under That, the artist is able to draw something of that disruption back into the film, even within the stabilizing frame of the cinematic screen. The interruption of the film’s flow of images is what makes space for those pools of ordinary feeling to gather.
Adapted from Dominic Paterson, ‘And Under That…’ in Subject Area: writing/film, 2014.