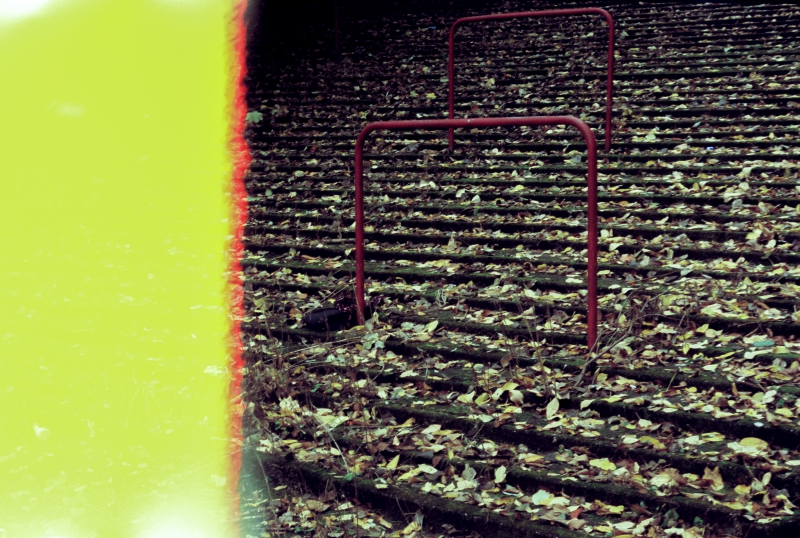 Your Name Which Isn’t Yours and Seven for a secret, Never to be told. Filmed on location, Glasgow, 24 October 2019, single colour 16mm roll and stills on 35mm motion picture stock. 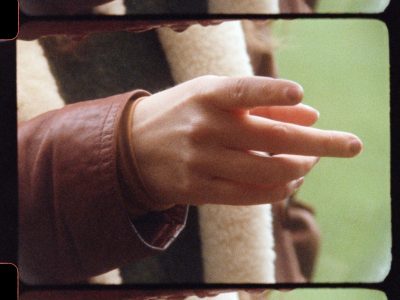 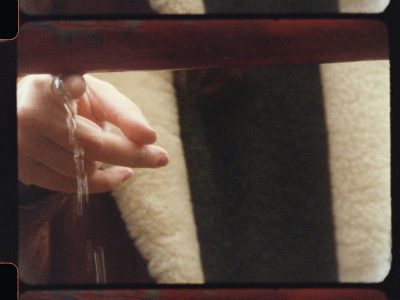 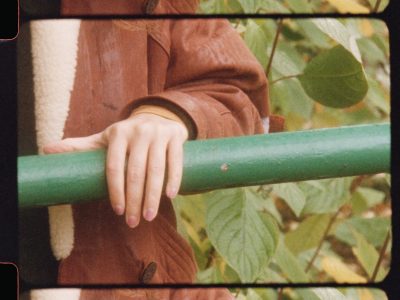 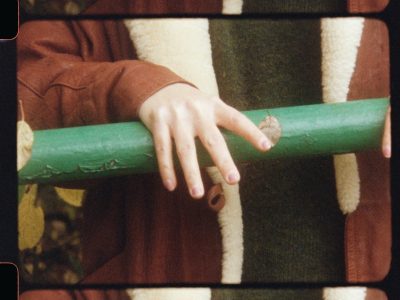 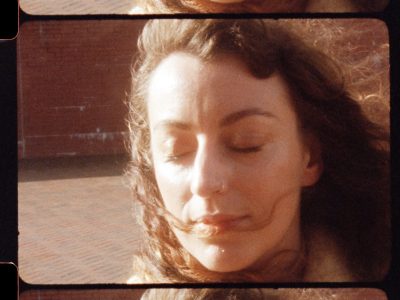 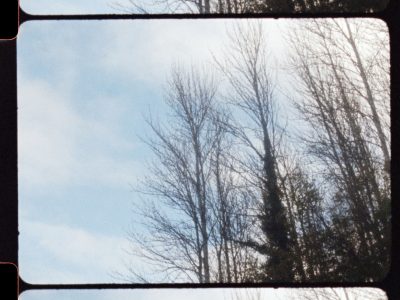 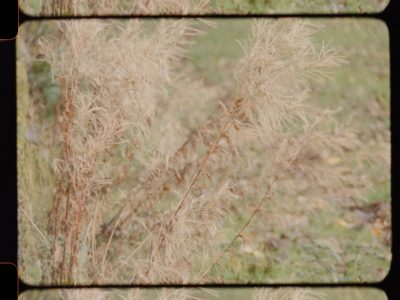 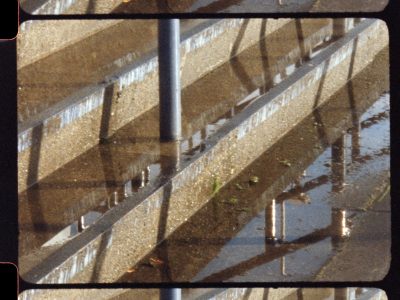 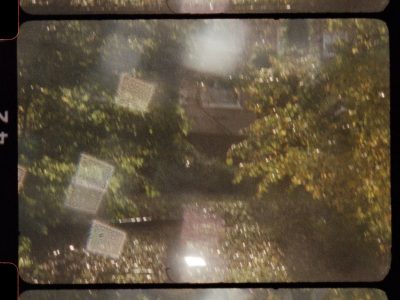 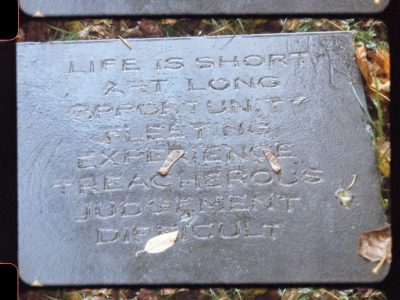 Talking, counting, blinking, noting [shouting out and letting be]

We walked to an old football stadium in a state of semi-ruination and stepped the chalked lines with camera, waited for the weather to be better.

Under Rosie I have fallen and kicked, it is one of a few constants, I feel like under Alex perhaps you have too – but differently.

Football would put mud in my mouth and sweat behind my eyes. Call to me ‘my name!’ and we would push on, hang back, together.

The failed football feeling of Cathkin Park keeps its spectacle soft and tangible – the edges of its marked purpose blurred. A home now mainly for weeds, magpies, dog shit and leaf harried concrete bleachers. It possesses like a first name in Denise Riley’s words ‘a seasonal and mysteriously collective life of its own.’1 and it’s this life that drew us here, that put the film in the cannister.

Flood lit touches alongside a leering from darkness, the mindful possession over blind rage – time spent wishing effect had been/was more steadied; that I could lean my weight over my intention and get it right every time. But this requires a praxis harboured in youth, repetition, access and unconditional love.

To try and gasp ‘Rosie’s!’ as if possession is call-able into desire and cool air. It’s not mine to have truly, belongs to someone else, can be shared, should be shared, a pass more worthy then a goal.

I want to have it as is but it not be how it is now.

Football for some holds, in youth, qualities similar to their name. It ‘pins you relentlessly into your place of emergence, by its class overtones, its clumsiness or melody, its religiosity, its cultural timbre’ and I would add its glancing gendered blow. It is an opportunity to rise, coast or fall or to set a side – a refusal which creates its own identity equally unnerving, specific and vital.

In 1997 an American coach declared ‘soccer is the highest attended hebdomadal event after religious gathering in the world!’ during the parent-teacher newsletter for North Mianus Middleschool. I remember my mum and dad scoffing at the replacement of ‘weekly’ with, in hindsight, perhaps what was intended as a galvanizing and sincere pretention.

We walk from Cathkin to Hampden and there in all its red brick glory is the home of Scottish football. You asked about the last game I saw there, a Scotland vs Jamaica friendly held as a send-off to the Women’s World Cup in Paris.

I told you about my Dad’s imagining, of me as the next James McFadden, scoring in the Parc de Prince from forty yards, sending reporters into an unparalleled frenzy.

As we talked your sparkly socks and my eyeshadow glittered in the sun.

Quotes are taken from Denise Riley’s 2005 book of essays Impersonal Passion, specifically from chapter 9, Your Name Which Isn’t Yours a version of which ‘The name which isn’t yours’ became the subtitle of our collaboration.