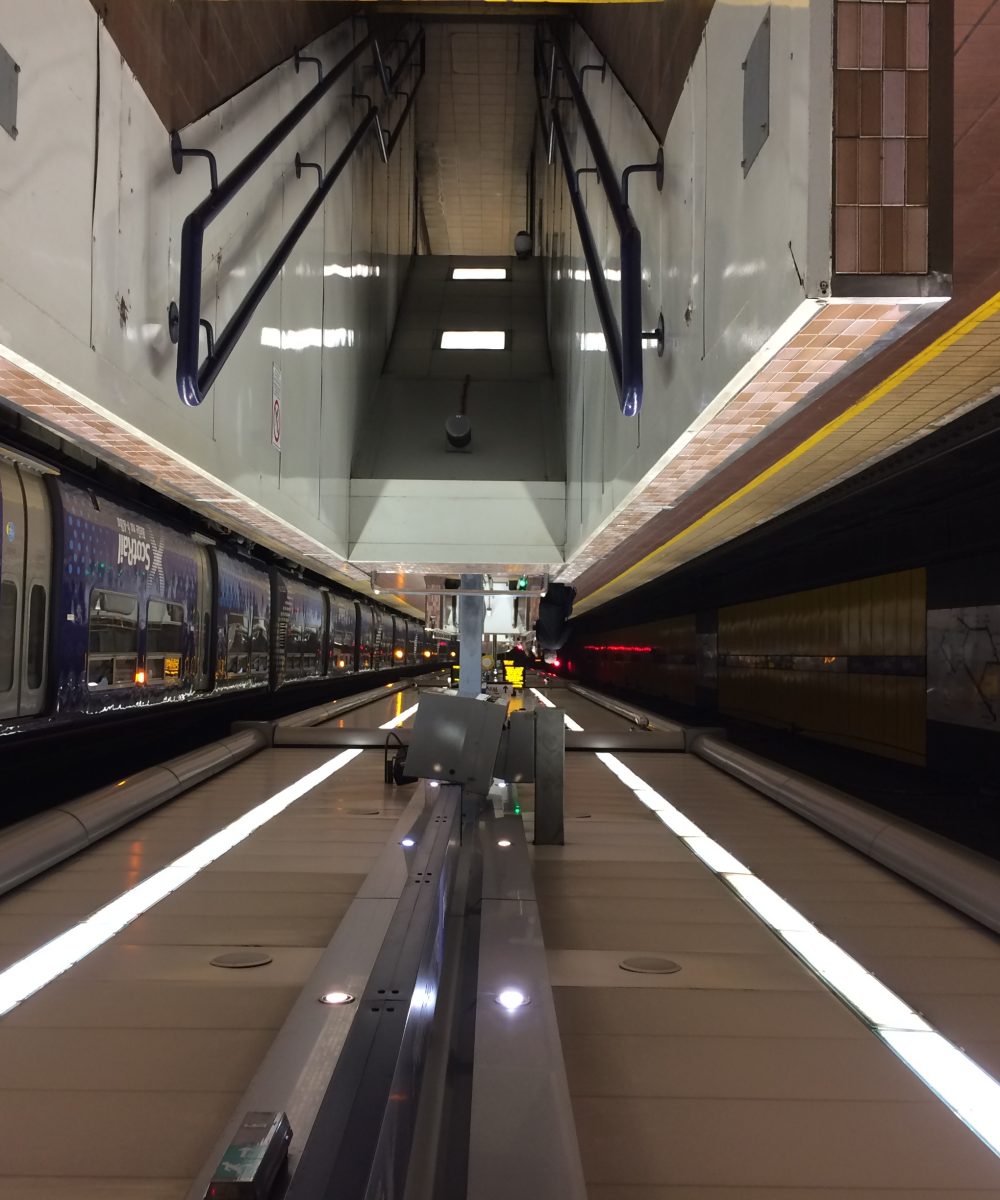 The football player skates across the battlefield. On folly and performance,  For the artist Rowan Markson at David Dale Gallery, Glasgow, 3 June 2017

Follies are at different times the definition of ugliness, objects of unsuitability, modes of flamboyance and whim, accrual of want and obsession, enactments of luxury, declarations of transcendence and territory, the substance of hallucinations, reflections of faith. They exist, for the most part, at the extremes of ‘taste’, good or bad; portmanteau forms of reason and vision, illusion and vanity.

In some places follies can be termed as ‘famine follies’, having materialised as a solution to economic recession and are presented as an obsolete task to unemployed labourers and artisans. A capitalists’ venture to keep workers occupied, obedient, malnourished and mystified. In other examples they give expression – as in the case of American broadcaster Bill Heine’s 25ft painted fibreglass basking shark which has appeared to have crashed down through the roof of his terraced house in Headington, Oxford, and become embedded into an upstairs bedroom – to senses of “impotence, anger, desperation”. His folly is a visible means of protest. Or arrogance. 1

But by any definition ‘folly’ derives from ‘folie’ the French word for madness.

Known for his theoretical drawings and written texts, like ‘The Manhattan Transcripts’ and ‘The Screenplays’ developed in the late 1970s and early 1980s, in which ‘he set out aspects normally removed from conventional architectural representation, like the complex relationship between spaces and their uses’ Swiss-French architect Bernard Tschumi believed that ‘there was no architecture without events, actions or activity.’ 2 The buildings that result from his ‘incompatible theoretical positions’ bond film, literary and political critical thinking with architectural experimentation. He makes spatial – and interstitial –  devices that enfold around, and intensify, a building’s interior action and happenings, uses and occurrences, events and experiences. Tschumi’s buildings, which include Vacheron Constantin in Geneva, Parc de la Villete in Paris and the Blue Condominium in New York City, might demonstrate that a folly is a form of  what French philosopher Jacques Derrida termed ‘deconstruction’ and exists as an attempt to interrupt or disrupt dominant cultural narratives.

Or they might just be about a visionary environment and magical apparitions and magical purposes, a desire to materialise an intangible fata morgana.

Ferdinand Cheval, a French postman who lived in Hauterives, a town within the Drôme department in Southern France, spent thirty-three years of his life building ‘Le Palais idéal’. Cheval began the building, a fantastical cross-pollination of styles and references, and frequently referred to as an example of naïve or outsider art,  at the behest of a kind of performative moment, a physical and psychic intervention, in April 1879. He reported: “I was walking very fast when my foot caught on something that sent me stumbling a few meters away, I wanted to know the cause. In a dream I had built a palace, a castle or caves… I told no one about it for fear of being ridiculed and I felt ridiculous myself. Then fifteen years later, when I had almost forgotten my dream, when I wasn’t thinking of it at all, my foot reminded me of it. It was a stone of such a strange shape that I put it in my pocket to admire it at my ease. The next day, I went back to the same place. I found more stones, even more beautiful; I gathered them together on the spot and was overcome with delight… It represents a sculpture so strange that it is impossible for man to imitate…I said to myself: since Nature is willing to do the sculpture, I will do the masonry and architecture.” 3 Cheval’s Palace, like Sarah Winchester’s expansive, expanding mansion in San Jose, California, a project of non-stop elaborate inexplicable construction over thirty-eight years, occurring during the same time period as Cheval’s design, is built from supernatural intervention, imagination and a manic desire to invent.

While more recently, in 2012, Pierre Huyghe, a French artist whose work embeds fictions into recollections and realities, excavates the psychological character of living systems, and instigates self-generating structures free of the artist’s desires, out of his control, in raw display, particularly with zoological ecosystems: dogs, fish, and in one video work a monkey wearing a human mask, produced the sculptural piece ‘Untilled, Liegender Frauenakt, Reclining Female Nude’. This folly, sited, originally in a disused part of a Baroque garden park in Kassel, Germany for the quinquennial visual art exhibition Documenta 13, consists of a bee colony replacing, or engulfing, the head of a reclining (sleeping?) female figure rendered, somewhat impressionistically, in grey marble. What is represented by this colony and its bees is an ingestion and dispersal of ideas: philosophical, feminist, humanist, anomalous, experiences of the external world feeding, like honey, the imagination and vice versa. It is an expression of how things make their appearance, often arising out of other discarded cultural debris, out of the places of dreams. The bees swarming around the head suggest forms of empathic participation, the artist having ‘enlisted’ the insects into this study of the shifting systems of our “collective (un)consciousness.” 4

Meanwhile Huyghe’s piece ‘Recollection (Zoodram 4)’ from 2011 sees a hermit crab ‘enlist’ or ‘scavenge’ a replica of Romanian sculptor Constantin Brancusi’s ‘Sleeping Muse’ from 1910 as the shell to the crustacean’s asymmetrical abdomen. This underwater folly, smaller in scale to some of the grander apparatus described elsewhere here, and representational of art and its plundering of its past for style, reference and inspiration, is a display of ‘refunctioning’ and sets an object, aesthetically and purposefully, out of time. Entwined in a symbiotic embrace, in stylistic collision, transient and dissolving, object and animal exert a right on how they might choose to exist free of external conditioning, taking possession of evolution, ceded from civilisation.

By the way the title of this short piece of writing comes from a Bernard Tschumi text on how he illustrates the processes of ‘meaning creation’. 5 While at the same time, through the absurdity of his conflicting description, its character, the footballer, journeys back to meaninglessness. The text has recorded its own inability to hold reasonable substance.

Like a folly his line of text is the simultaneous production and disarticulation of meaning. And in these contradictions is its resistance to the possibility of a singular encapsulated reading.

In its exertion to exist, through its sleight-of-hand distraction of classification, that traditions and conventions have imposed, the folly evades disqualification.