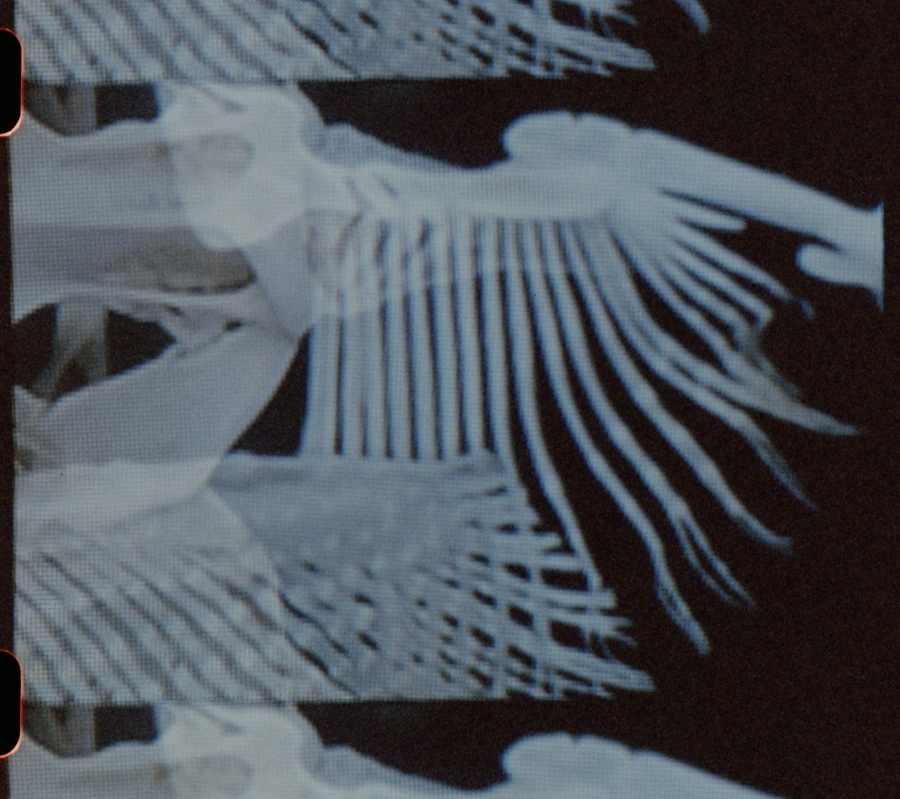 Reporting on No.3 roll of 400ft of expired 100T encounters film repair and film mending, another mended reference. A slice, or break, happened in the gate. So what it means to operate in the dark. Improvised old bones of displayed animals (young animals), birds and fish and filmed as hybrids, with my improvised gate masks, and/or double exposed, filmed from a new screen. A sequence of Suspiria-red fingernails in a prism, and 35mm slides from the drama department at Glasgow University (since that shoot was made impossible by the lockdown), made with a deliberate light leak, other materials too from Peggy Moffit and Yves Saint Laurent, and other images from 35mm slides from the archives of the late designer Robbie Higney Paterson, some early performance works, one or two slides from past video works too, moth wings’ slide, the Village Psychic sign from a time working in New York, flint found with Rebecca Green at North Berwick, beautiful wild glass transparency ending, enjoying its (out of) focus. With heartfelt thanks to Kevin at Gauge Film for extra work to salvage this roll from the damage, which occurred in the final sequence. 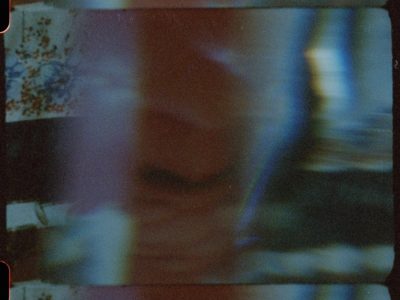 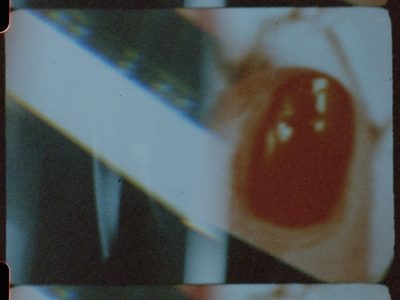 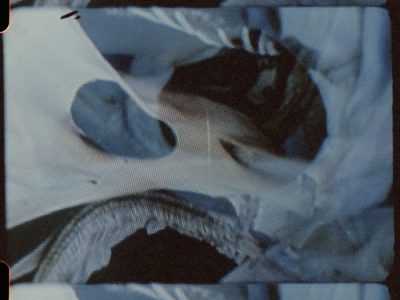 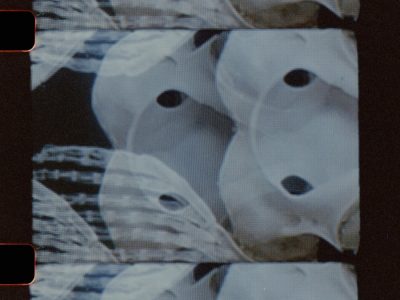 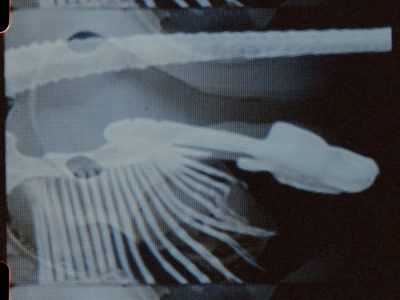 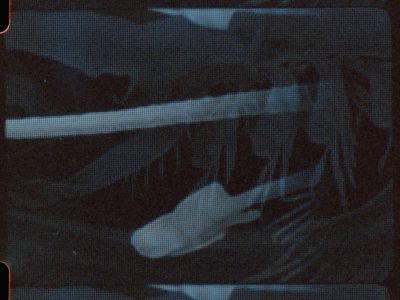 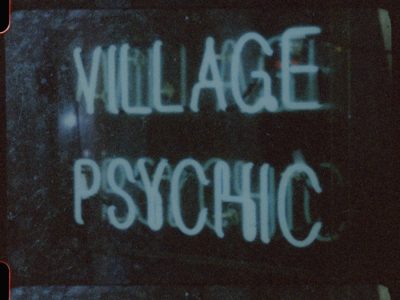 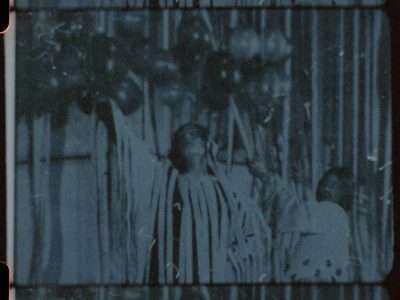 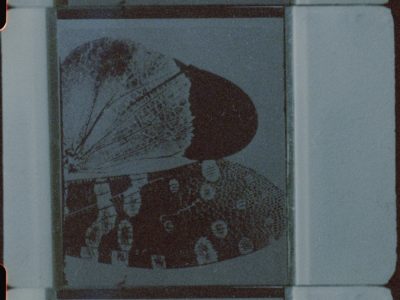 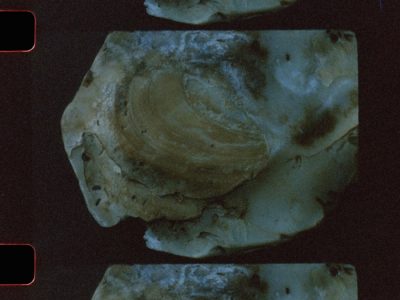 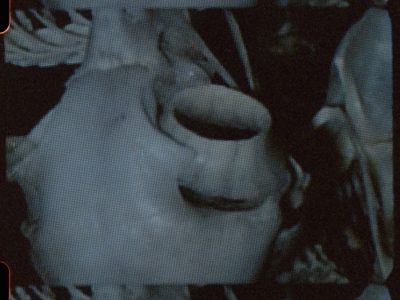 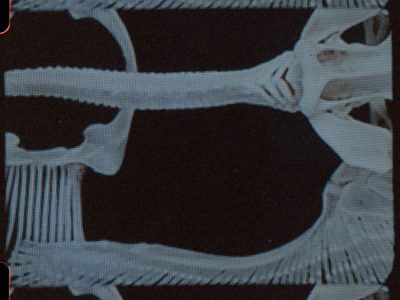