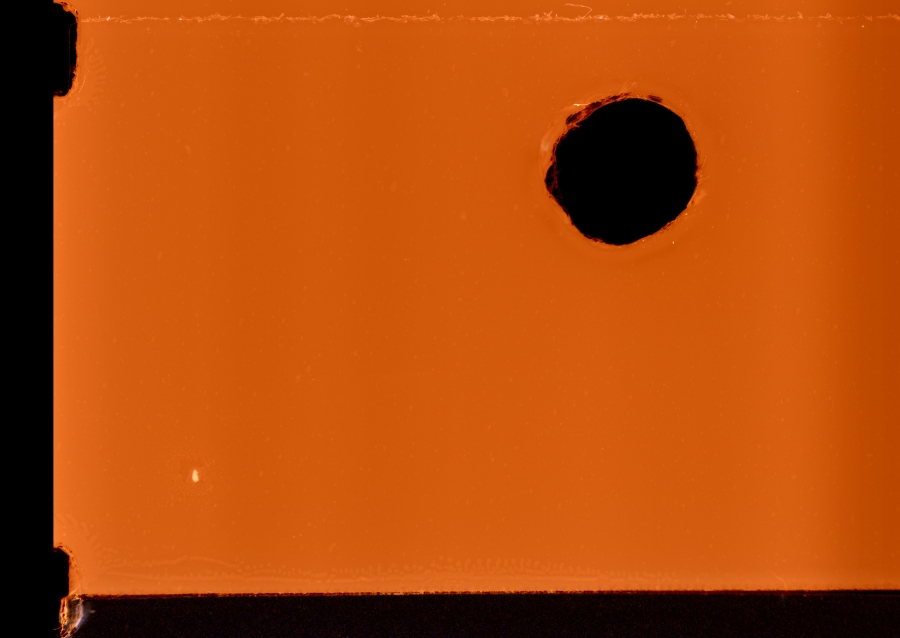 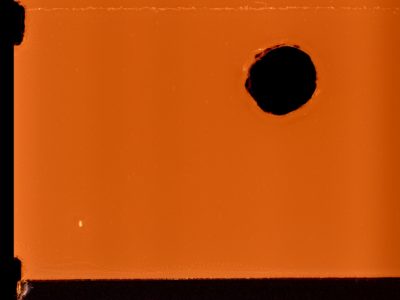 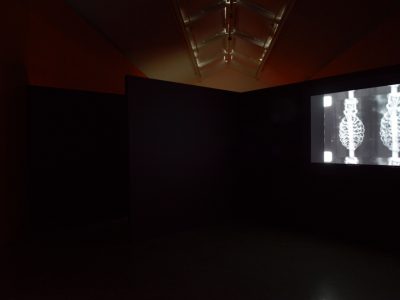 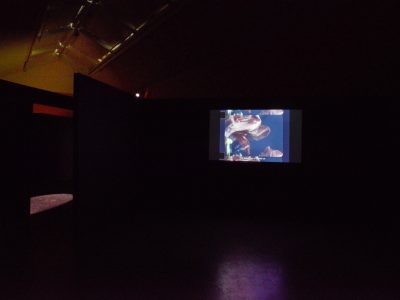 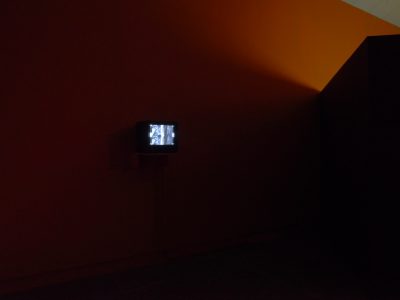 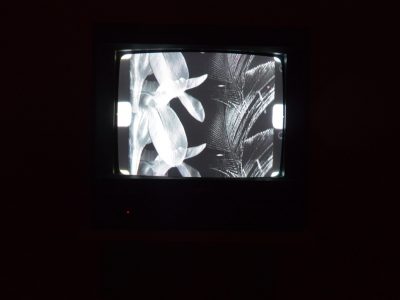 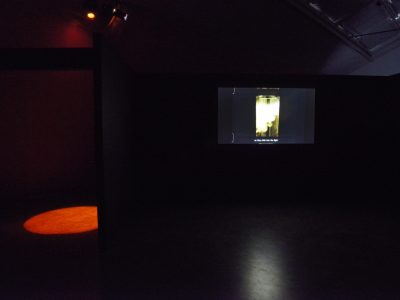 The Experience of the Unseen Listener, 8 mins 03 seconds

B. Idle Work, Women’s Studies Vol. 2 & The Experience of the Unseen Listener, 3 films by Alex Hetherington and Catherine Street, with an insert with Ishan Clemenco, 2021-2022

In speaking of his works in Seen and Not Seen, Alex Hetherington draws on a series of references to other filmmakers. For instance, he touches on the writing of the European filmmaker Rosa Barba, who in her book On the Anarchic Organization of Cinematic Spaces (2021) points to the materiality of film and its importance in her practice:

I explore film and its capacity to simultaneously be an immaterial medium that carries information and a physical material with sculptural properties. The category of film is expanded and abstracted beyond the literal components of the celluloid strip, the projector through which it passes, and the image projected onto a screen or beyond – where the landscape itself forms the screen. Each component becomes a starting point for artworks that expand the idea of film while exploring its intrinsic attributes.

Barba goes on to talk about her conceptual approach to cinema ‘in an architectural sense and as an instrument’, creating an anarchic space of uncertainty and speculation where she can destabilize the ‘old hierarchy of the components of cinema, by freeing them from their original use and letting them interact in new and unforeseen ways’.

Hetherington also refers to the work of the English filmmaker, Tacita Dean, and the layering of time in films. In an odd of echo too of Scott Caruth’s BOB, Dean talks about an element of blindness in working with film:

Working “blind”, as she calls it, is virtually a mantra for Dean, and one that manifests in diverse ways. First and foremost, she considers film a blind medium, in that one does not get to see the images one has captured until the film comes back from the lab. … Blindness, too, is involved in Dean’s process of trusting in what she calls “unconscious guiding forces” and the munificence of chance.

An important collaborator for Hetherington in this body of work has been the Edinburgh based artist, Catherine Street. She played an important role in the creation of the scripts for his films and Hetherington values a certain androgynous quality in her voice which helps to determine the performance of those scripts. That sense of androgyny informs Hetherington’s thinking around the queerness of 16mm filmmaking in general, given its materiality and deviation from the norms of contemporary filmmaking. He relates his filmmaking to the Greek mythological figure of Tiresis, a blind prophet of Apollo who is transformed into a woman by the goddess Hera:

the notion of Tiresias, queerness, trans-ness and premonition, blindness and sight, these complex liminal states and times that Tiresias exists in is something mirrored in 16mm and its properties, materiality, and technologies, multiple temporalities as Tacita Dean puts it; it is that kind of movement of references and thought that is in action here. I think too of 16mm film production methods rooted in the queer imagination. So obvious references like Querelle (1982), and Catherine Sullivan especially The Chittendens (2005) but also Gregory Markopolous’s Himself as Herself (1967), an exploration of androgyny loosely based on Balzac’s Séraphîta (1834) and Daniel Paul Schreber, Memoirs of My Nervous Illness (1903), and I would definitely highlight Haytham El-Wardany’s book, How to Disappear (2018), as a template in approaching the cut of the films.

The films in this exhibition were supported by a Creative Scotland: Open Project, Sustaining Creative Development award, with additional support from Kodak Film.